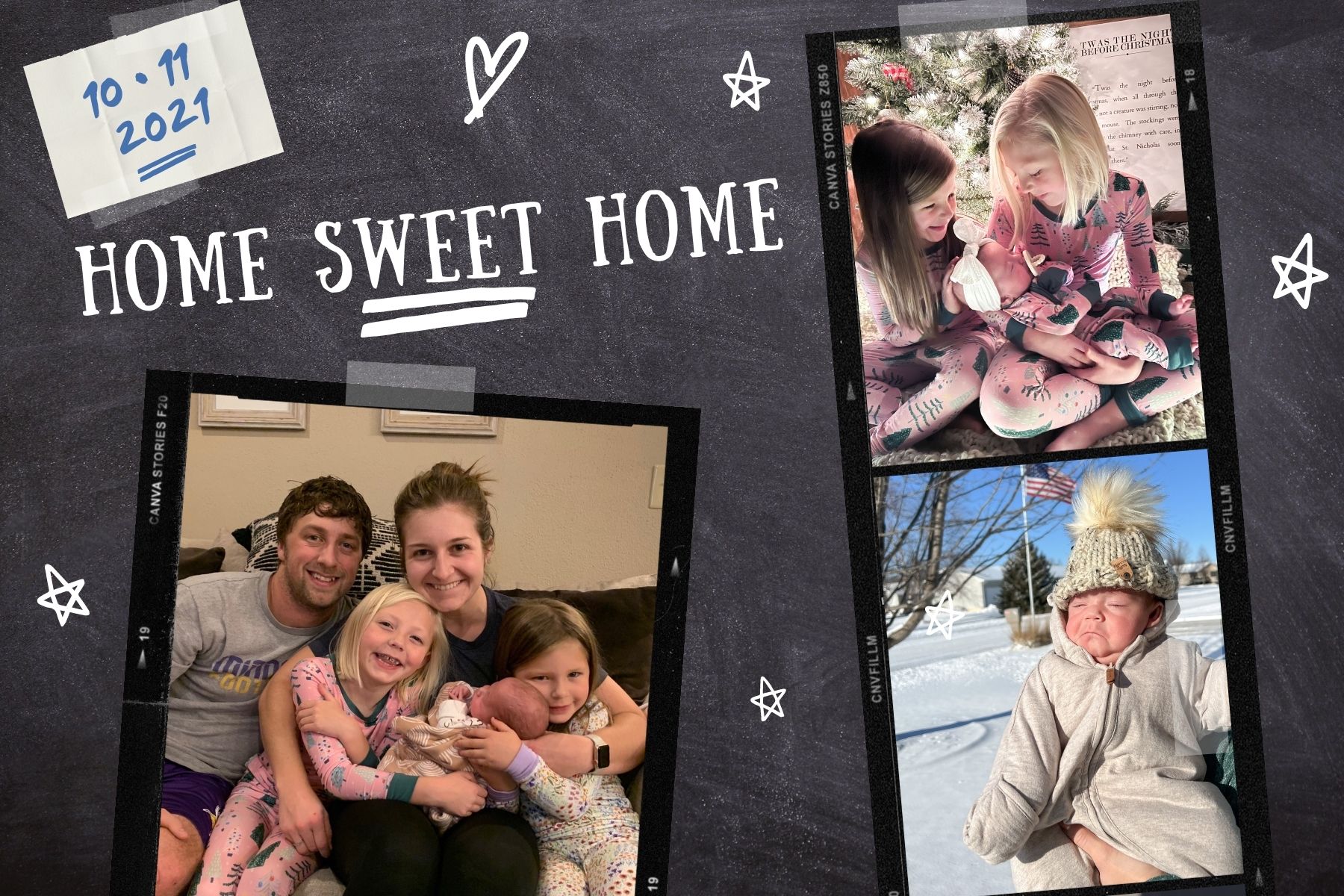 Posted at 17:02h in Uncategorized by Jennifer Othman

From South Dakota to Texas, true love knows no boundaries. The Johnson family began their journey in 2018 after deciding to add a fifth member to their loving home. Unfortunately, they had a long road ahead of them. Over the next two years, they experienced six painstaking miscarriages and were ultimately told they would not be able to conceive on their own.

Brooke and Sean considered both adoption and surrogacy before deciding adopting was the right choice for them. Completely new to the adoption process, they were thankful to find the right agency after only a few calls. In 2020, they completed their home study and began looking for child. They were ecstatic to find a match and were expecting their son to be born in October! Unfortunately, in July 2021, the adoption process for their son abruptly ended. The Johnsons were heartbroken to find themselves back at square one, but they had faith they would find their child.

On August 8th, 2021 they received a call about a baby girl born prematurely in San Antonio, Texas. The adoption agency informed them if selected, they would need to temporarily move from South Dakota to Texas to be with her every step of the way. That night they began packing for whatever the future may hold.

The next morning they received the call that changed their lives forever—they were chosen! They had to get to San Antonio immediately. The Johnson’s rushed out the door and began their 17.5-hour road trip to Texas. They drove straight the night and arrived the next morning, excited and ready to meet their daughter!

When they arrived at the hospital, finally finding a moment to pause, they realized they had not even considered where they would stay. Luckily, the adoption agency referred them to the Ronald McDonald House Charities® of San Antonio and moments later they were given a room, free of charge, for as long as they needed it!

Brooke shares,  “I had no idea the Ronald McDonald House would make it so simple or that we’d even qualify to stay there. We moved in that very night and little did we know, it would be night 1 of 63! RMH was so much more than I ever imagined. The house was beautiful and became my safe place. It was so secure. I was worried I wouldn’t find somewhere I felt comfortable, especially alone when my husband traveled back home, in such a big city. We formed friendships that will last a lifetime with the employees and other house guests. RMH to me was my home away from home on the other side of the country.  Without Ronald McDonald house our adoption journey wouldn’t have been possible. There’s no way we could have found somewhere we could afford for 60+ nights on top of adoption costs and our temporary move. Without RMH our family wouldn’t be complete. We will never be able to describe the impact this made on us and our journey.” After 63 nights, the Johnson family took baby Brier back to South Dakota and just like that, their fairy tale began.

How You Can Make a Difference for RMHC® Families

Thanks to the support of our community, families like the Johnson’s never have to pay to stay at our House. Families are able to support their children and get the treatment they need regardless of where they live or what they can afford.

Donate today and give families what they need the most—each other.